Top 12 Tropical Fruits to Eat When in Thailand Top 12 Tropical Fruits to Try When in Thailand

Everywhere you go in Thailand, you will be met with plenty of fruit stands in almost every corner. The bright colors and shapes of these exotic fruits will attract your attention and call you to stop in your tracks and take a moment to divulge your senses in their sweet aroma and delicious flavors.

Thailand is blessed with a hot tropical climate and fertile plains – which make for the perfect land and environment to grow just about any kind of fruit available to man.

When you find yourself in Thailand, you must never leave your vacation without trying these 12 exotic fruits: Mangosteen is called “Mang-Kut” in Thai and considered to be the Queen of Fruits. It is known for its “cooling” effect compared to other Thai popular fruits that have a “heating” effect on the body. The husk or rind is a leathery purple shell and once opened, 4-8 segments of seeds covered in an edible white texture are revealed. Called “NgoR” in Thai, this golf-sized, tiny red fruit is covered with “Velcro” hairs and when cracked open by squeezing it between your palms, reveals a seed covered with white and translucent texture. You eat the fruit by chewing off the white texture of the seed, giving you a sweet and cool flavor with a mildly acidic taste. The best rambutans in Thailand come from the Surat Thani province where they were first planted in 1926. Pomelo is known as “Som-o” in Thailand and it’s a large and heavy citrus fruit that can be as large as a basketball. The rind is thick and leathery and once opened, reveals several segments that are grouped together. These can either be sweet or bitter and are best eaten fresh with salt or spicy dip. This is one of the most popular tropical fruits in the world, mainly due to its sweet or foul aroma – depending on who you ask. They say that you either love or hate the fruit as it has a powerful smell and flavor. Westerners particularly are aghast at the fruit’s aroma which can be smelled from yards away. However, Thais love the fruit’s smell and taste, which has a custard, creamy, smooth texture. Durian or known as “Turian” in Thailand, is a popular aphrodisiac as it has an uncanny ability to increase the body’s temperature. Known as Chom-Poo in Thailand, Rose Apple resembles a small red apple but bell-shaped. It is similar in texture to apple but sweeter and most commonly eaten raw with salt or mixed in a spicy salad. The Thais call this fruit “Lihjee” and it’s bright red and has the size of a golf ball, but instead of dimples on the latter, features pimples on the rind. It looks like a rambutan without the hairs or a plump and dry strawberry. Once opened, it reveals a white texture that covers a single seed. Lychees are only available for a few months each year but are easily canned and made into a popular fruit shake flavor. The most popular varieties of bananas in Thailand are the Gluay Hom and the Gluay Khai. They are available all year-round and are best eaten ripe. Fried banana and dried banana chips are popular afternoon snacks, and banana leaves are popular to use when wrapping fish or chicken for grilling. One of the most nutritious fruits in Thailand, coconuts are available all year round and are known well for their refreshing water. The meat can be mixed with coconut water or eaten separately. Coconut milk is made when the meat is grated and mixed with water. Coconut oil is also popular for frying food, for cosmetics, medicine, and even bio-fuel. A lot of dishes are also made with coconut milk, which is a staple in many Southern Thai foods. Guava or “Falang” in Thai is best eaten unripened. Guavas are seldom found in Thailand and make them a rare commodity. They are best eaten raw with salt and provides a refreshing and filling snack. Mango is a staple in many Southeast Asian countries and is exceptionally sweet-flavored in Thailand. When unripened, they have a sour flavor that’s best eaten with salt or spices. This interesting- looking fruit known as “Gao Mung Gorn” in Thailand is called Dragonfruit because its rind resembles that of a dragon’s exteriors. It grows off the long arms of a cactus plant and when opened, reveals a fuschia colored texture packed with black seeds. The fruit looks and tastes like a mild or sugar-free strawberry. Known as “Khanoon” in Thailand, jackfruit is available from January to May every year. It’s the size of a large watermelon and can weigh around 80 pounds. The fruit contains dozens of large seeds with a yellow sheath and the taste is similar to that of pineapple but less juicy. The flavor of the popular chewing gum called Juicy Fruit is said to mimic the flavor of this fruit.

There are many other fruits you can find in Thailand including pineapple, watermelon, papaya, pomegranate, passion fruit, and so much more. And they make for the perfect afternoon snacks amidst the hot and tropical climate. Get yourself some coconut juice and mango, head over to the beach, and have the perfect tropical paradise afternoon snack. Fruits are not only refreshing but healthy too! For more tips, read our health & retreats topics. 6 Types of Detox You Can Do During a Villa Holiday A Guide to Taking a Digital Detox Vacation 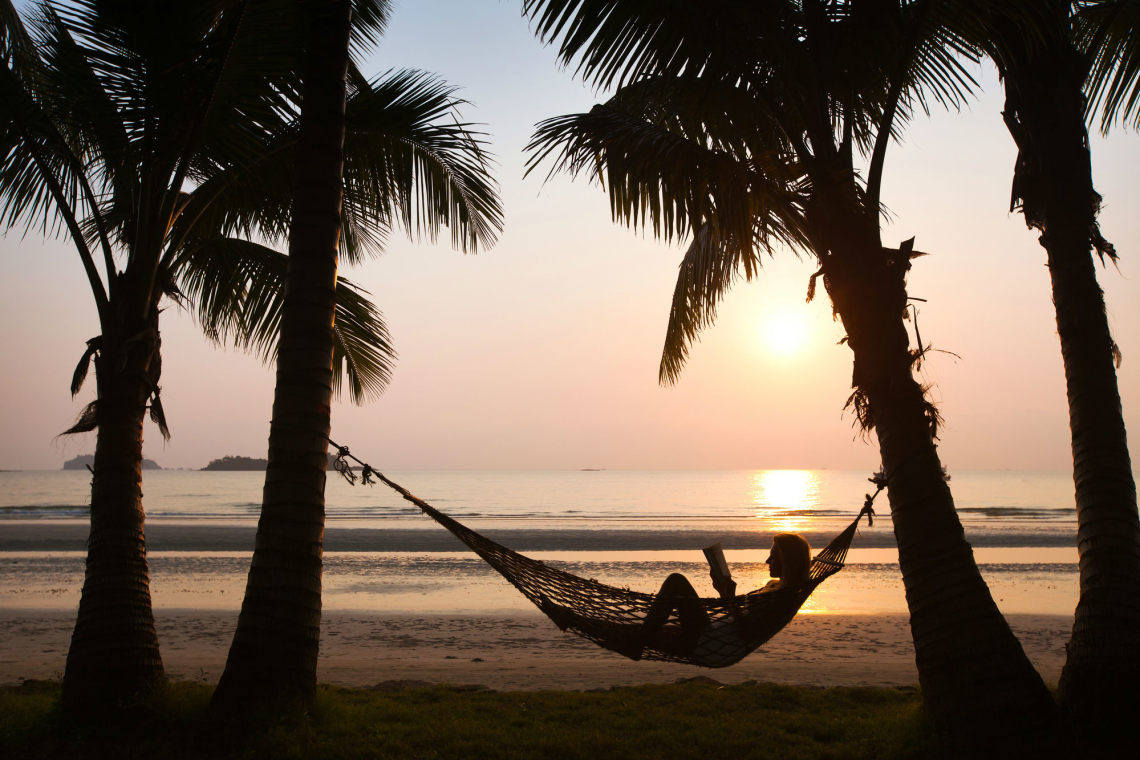 Why You Should Take a Holiday Now?